Number Two got to have a really cool experience over the past week.

She was selected to play in the county orchestra at the 2013/14 festival. Ten or so schools from all over the county supplied a couple dozen musicians and a couple dozen singers. They spent about two days rehearsing together, and then put on a concert last night.

It was pretty intense! Sunday from 2:30 until 8:45 they got their music and learned the basics for it and then did auditions for placement. Monday they started at 8:30 and finished about 5:15. Tuesday Number Two had a test and two quizzes, then regular orchestra, then lunch, then bused over to the other school to rehearse until dinnertime. After dinner they changed for the concert at 7.

The music was incredible. The choir sang for about 40 minutes, then the orchestra played for about 45, then they got together and played/sang three more selections together, including Over the Rainbow and the Battle Hymn of the Republic. The orchestra section included a suite from Carmen, and OMG, they sounded so good! It's a huge difference hearing high school kids who really want to do well and work hard to do it, compared to those who just kinda wanna, or are forced to.

I'm really looking forward to the opportunities she'll have over the next four years and beyond.

~~~~~~~~~~
To all of my American readers/friends/fans/family, I wish you the very best of Happy Thanksgivings!
at 5:19 PM 2 comments: Links to this post

A Kiss of Revenge is Here! 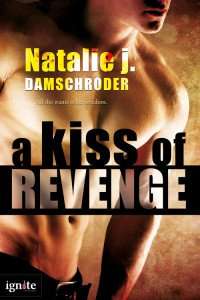 A Kiss of Revenge

Marriage is completely over-rated, especially after Reese Templeton’s quadratic failure. She’d rather settle down to a solitary life of owning a bakery—after she tracks down the man responsible for her husband’s death and making her a human Taser full of enough electricity to short out a city block or send a man into cardiac arrest with just one kiss.

But alluring P.I. Griffin Chase is stirring up those feelings of need again. Only this time, her desire to be in his arms has nothing to do with her fear of loneliness and everything to do with the current charging through her body every time he looks at her…touches her.

Griffin hasn't remained at Reese's side just because of the spark that has nothing to do with her super-human talents. He's willing to compromise his rock-solid principles so she can find closure. But before they can move on, he must help her catch her late husband’s killer, staying on track before she has a chance to exact her revenge. Because leading Reese to jail in handcuffs may just break his heart for the final time. 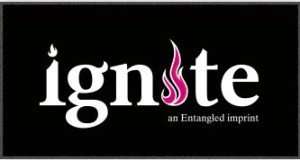 Lots of Stupidity...But Not Totally Sure Where It Lies

WOW it's been a long time since I posted here.

Not like anything I ever say here is REALLY all that timely.

It started with my car. I took it for service last week, and they were supposed to check out my left blinker. It sometimes works quite normally, sometimes doesn't flash at all, sometimes clicks in double time but doesn't blink. If I adjust the signal arm a tiny bit and hold it just off place, I can keep it working. So last week they claimed to have narrowed it down to the flasher, ordered the part, and said they'd call my cell phone so I could come in and get it installed.

The next day, they called my home phone (not cell phone) and said my part was in and I could pick it up any time during business hours.

I finally had a chance to call yesterday and went in today to get the part replaced. An hour and a half later, they said "Nope. Still not working." The good news is that I don't have to pay for the part that didn't fix the problem. The bad news is that the new part will be $100 more. The stupidity is that they have decided it's the signal switch that's bad. Which makes total sense, right, considering what the problem is and how I'm dealing with it?

The guy was very apologetic, but that's an hour and a half out of my day, plus the 40 minutes of travel time, totally wasted. (Well, not totally. I didn't bring my laptop, thinking it would be quick, so I didn't work at all. But I did get to read a really good book during that time. That's never time wasted. :) )

I ran a few other errands and came home with Super Glue to repair my Harry Potter mug, which spontaneously disconnected from its handle when someone put it...so they say..."very gently" into the dishwasher. I read the directions on the bottle. "To pierce the seal, rotate tip until clicking stops." Turnclickclickclick. Turnclickclickclick. It was still clicking when I felt a puff of air against my hand. Then I got an uh oh feeling and looked down at said hand, which was, you guessed it, covered in Super Glue. 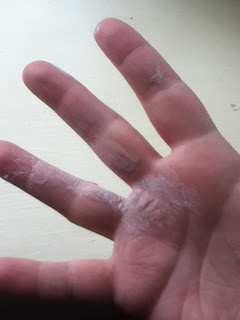 I managed to get a bunch off with olive oil and salt, and then went to the store to get nail polish remover with acetone (Super Glue's nemesis), which got some more off. But the bulk of it, down between my fingers? That's not coming off, and of course that's the most ANNOYING place for it to be. *sigh*

Okay, that's enough about stupidity. How about Almost Human?

We're really enjoying the show, which is a relief because I really wanted to like it. I love both Karl Urban and Michael Ealy, and of course I've loved JJ Abrams' stuff and always want a show with his name on it to be as good as shows that came before. So far, this one has the potential to be.

The first two episodes were pretty different from each other. My friend Gail said in her recap of "Skin" that some people have said that episode was supposed to air later in the season but they
moved it up because of the "appeal" of the sex trade. I guess they either assume their demographic is straight males, or that they have the female/gay male demo locked up with Urban and Ealy.

Okay, they're probably not wrong.

Anyway, the first episode was about How Kennex Got Dorian, and there's a lot of darkness there. His partner's death, his ex-girlfriend's secrets, his memory loss and his inability to assimilate his synthetic leg, the deep rage against the enemy and inability to trust a synthetic partner. The second episode had more humor. Karl Urban...I mean, John Kennex smiled a lot more, he was more comfortable with everyone around him. The crime was also a much lighter one, despite the horror of what they were doing to the abducted women. So it will be interesting to see what comes next, and if it's jarring because it connects better to the darkness in the pilot.

That's all for me today. I have a crick in my neck from looking around the cat who thinks 3:45 is a good time for dinner, and a book coming out Monday that I have to prep for. Oh, and client work pending! Almost forgot about that! I better get to work!

Let me know what you think about Almost Human, and if you have any good recommendations for removing Super Glue from skin. :)
at 4:00 PM 6 comments: Links to this post