Hey, everybody! *waves* Remember me?

I don't like to be one of those people contributing to our ruin due to limited attention spans, but since this blog has been soooo stagnant, it's obvious I've also been corrupted by social media. I stopped having topics to talk about in this "long" form that I hadn't talked about before.

But today I was thinking about superheroes and mutants and other fictional extraordinary abilities and how I've felt about their portrayal in entertainment for a long time, and I thought, "that's way too big a topic for Facebook" and then I thought BLOG! So here I am.

I'm a longtime casual "super" fan. As in, I watched the X-Men cartoon with my husband when we first got married, and my brother and I played the Wonder Twins when we were kids, and I love "genre" TV and film and I write a lot of people with various kinds of abilities in my paranormal romances and YA.

There's been a trend I don't like over the past several years, not just with the whole "downside to being a superhero" approach that DC takes, but setting up an active negative societal attitude toward those types of characters. It used to be just the X-Men, but now it seems to be almost everything. As much as I loved Wonder Woman this year, I still felt empty when I left the theater because it was so bleak and lonely. That's one of the reasons I prefer Marvel (MCU, not TV), because they launched with Tony Stark fully embracing being Iron Man—and the world embracing it along with him.

Overall, the MCU still embraces the fun and adventure of being a superhero, even with its downsides, like in Spider-Man: Homecoming (which I loved!). But even Marvel got into the Sokovia accords and Civil War and using the premise that the world as a whole is against people with powers because we're afraid of them. I don't get why paranormal entertainment seems unable to get away from ostracizing people with extraordinary abilities. "People fear what they don't understand" is getting very tired, isn't it?

Metaphor aside, let's look at how we handle the extraordinary people in our real world. People who have incredible talent like, say, athleticism or acting talent, or people who are really good at making "smart" accessible (Neil Degrasse Tyson, anyone?), or who create amazing things technologically or artistically. We revere them. We make them celebrities and toss pots of money at them. I mean, sure, we can't relate to them, but with social media and Comic-Con-type events and a million interview sources, we're trying pretty hard. We might not be able to fit into their worlds or become friends with them, but we're not running screaming from them or making laws against them.

Someone might say, "Yeah, but an actress can't hurt me with her acting the way someone with super strength can." Except...yeah, she can. She can use that talent to lie and rip your heart to shreds, or con you out of your life's savings. And despite the fact that athletes and Navy SEALs could do some serious damage to us physically, we don't treat them as if that's our first thought about them. Athletes get autograph and hug requests, not stones thrown at them.

I feel like as a society, if extraordinary people existed, we would look more to what they can do FOR us, not TO us. Take what's been happening this week. We are far more likely to react in fear and hatred toward people who can only hurt us emotionally, if at all, and celebrate those who display physical strength of some kind, for good or bad. We go after those who are vulnerable because we fear our own vulnerability. (Maybe. That's probably going way too deep for someone as shallow as I am and isn't the point of this post.)

THE POINT is...I want people to share! I want to find books, movies, and TV shows that celebrate people who have paranormal abilities, instead of shunning them, subjugating them, or otherwise forcing them into hiding so they don't get killed. I want fun stuff, light stuff, even heavy stuff where having abilities is a good thing.

Oh, and here's the big challenge: No vampires or shifters, please. I'm sure there are plenty of those that fit the other parameters, but they aren't what I'm looking for.

Victoria Smith Announces Into the Fire!

I had the pleasure of reading this book before release, and let me tell you, if you enjoy dark, emotional, dangerous stories set in violent worlds where survival is everything, this is the book for you! Also..OMG with that cover. I love it! 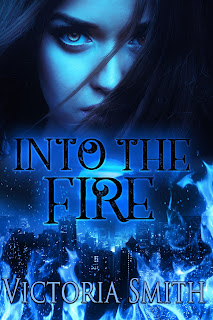 
In Olivia Sanders' world, people like her don't survive very long. Special abilities are a threat to the corrupt government and those loyal. Olivia and those with similar abilities struggle to keep their secrets as new laws threaten them daily. Though hiding isn't enough for Olivia. A healer and firestarter, she works with the resistance to ensure the safety of the people of her sector, toiling in an unforgiving world without freedom or hope with the goal that someday they will find both.

Poisoned by someone she should never have trusted, betrayed by her godfather, the former governor, who is using disturbing methods to control the population and grow his army, Olivia is forced to seek help from Luke Jamison, the leader of the resistance. They join forces with his brother, Matt, and Jillian Derrick, a hard-as-nails woman leading a band of "undesirables" to safety.

As conditions in the sector deteriorate and the death toll climbs ever higher, Olivia and Luke, Jillian and Matt, cling to the miracle of found love while facing the horror of a future without each other.


Victoria Smith lives in Central PA with her high-school sweetheart and way too many animals. She writes paranormal, urban fantasy, and dystopian—all with romance, because who doesn’t love a happy ending? She publishes with Liquid Silver Books and Soul Mate Publishing. Visit her at http://vickismith.blogspot.com
at 1:04 PM 1 comment: 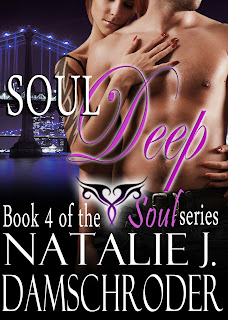