This is What a Blog Looks Like When You're on Deadlines 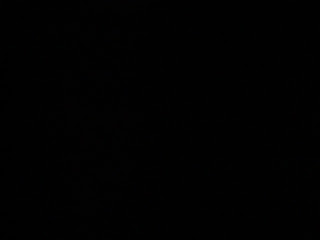 I can't read that headline without singing "When Doves Cry." Weird, huh?

So, yeah, I'm on deadline. I'm actually ahead of it, so I decided to post something here before I hit a month since the last post.

Though "ahead of it" sounds much more optimistic than it is. I had to do some massive moving things around, which was tricky, but I got all the timelines smoothed out and changed all the emotional stuff that was different because of things happening earlier and new things happening and stuff. And then I got to skip past gobs and gobs of deleted text that had been moved to earlier pages. That was very satisfying, seeing my daily progress go so high and thinking I'd gotten past the hardest part.

And then I realized the next scenes are totally effed up, as far as timelines go. So okay, yeah, I'm probably procrastinating a little bit here, too.

So what else is going on in my life? Number One just graduated from high school! I think I've mentioned here that she's going to Emerson College in Boston at the end of August. So we're immersed in the logistics of that big change.

In the meantime, we're enjoying the Harrisburg City Islanders games. They've had the best start in the 10 years of their existence, and even though more than half of my favorite players are either gone (retired or on other teams) or hurt, they're still a joy to watch.

It's also Big Popcorn Movie season! I absolutely LOVED Iron Man 3 and enjoyed Star Trek into Darkness (but not as much as the first one of the reboot). I'm intrigued by Man of Steel and Pacific Rim and White House Down. My tastes are definitely all over adventure movies lately, with less concern about quality than I used to have. Not to say those movies won't be good. We'll see.

I have to admit I'm torn about Much Ado About Nothing. I've loved everything Joss has ever done, but my brain just doesn't get Shakespeare. I mean, I can *get* it, but it takes so much work I have a hard time enjoying it. And since I'm supposed to be a smarty-pants, that's hard on my ego. LOL

We are almost through the drought between regular-season TV and summer TV. Thank God they do new programming in the summer, right? It's my go-to destressor and I have definite withdrawal symptoms when nothing's on. Graceland started this week, and I really liked it. A house full of beautiful people, what's not to like? :/ Seriously, though, they seem to have hit the chemistry factor, which to me is the most important thing. Well-written, well-acted shows have suffered from a lack of chemistry, while silly or mediocre shows have flourished because they had it.

Besides chemistry, I liked the setup and introduction. They had a decent balance between giving the new guy a hard time and making his entrée into their world rough and also welcoming him and treating him as one of the team. An even more intriguing balance has been struck on the theme of trust. It's almost impossible to do the work they do without trusting each other, because they can trust no one else, and no one can trust them. And then, at the end, a few seconds of phone conversation shake that all to hell.

I'm also excited about the return of Falling Skies, Continuum, Royal Pains, Franklin & Bash, and Covert Affairs. Those should hold me until fall! :)

Okay, that's way too long for a blog post to begin with, and I really must go solve my timeline issue. Tell me what you're doing this lovely June!
at 3:37 PM

LOL, I was on deadline for the second round of edits this week and I procrastinated by visiting blogs.
Boston is such a lovely city. We're looking forward to having more time to visit my daughter at BU next year. Right now it's nice to have her home.

Definitely going to see Man of Steel and White House Down, looking forward to the show about ex-secret service agents, SOMETHING & Maxwell. I think it starts tomorrow. Tonight Falling Skies comes back. Mostly I'm looking forward to being a fulltime writer for the next nine weeks!

LOL about reading blogs, Sue. :) I really want to carve out more time to do that. In a non-procrastinatory way, of course. Won't it be funny if we run into each other on trips up to Boston?

I'm jealous of both of you for your free summers! Congratulations on the retirement, Sue! And enjoy every minute, Mary!

King and Maxwell! Let me know what you think of it. I'm kind of on the fence, but Christian Kane has a guest stint so I kinda want to watch it.