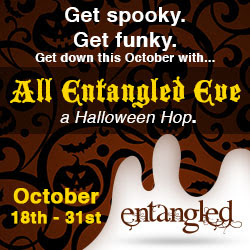 Visit all the authors in this hop to see what they have to say and enter their giveaways!

When I was a kid, we used to haul in our bags and dump them out on the floor to see what we had. We'd swap what we didn't like with each other (it was often my brother and/or my cousins and/or a friend or two). We'd eat a bunch just because we could. And then we'd hoard it. Fights often ensued when I found out my brother had snuck a full-size Kit-Kat out of the bag in my room when I wasn't there.

Some of my favorite trick-or-treat candy was stuff I didn't normally buy the rest of the year. Bit-o-Honey. Charleston Chew. Now and Laters. Sugar Babies. Yeah, all the stuff that stuck to your teeth!

My tastes as an adult are much more refined. I prefer dark chocolate, especially containing bits of something: toffee, salted caramel and almonds, peppermint bits. That's not trick-or-treat kind of stuff. The stuff I buy to hand out is usually Dove or Whoppers or Peppermint Patties. LOVE the years we don't get a lot of kids!

In recent years, candy companies have been coming out with holiday-specific flavors, like candy corn M&Ms. There's a bag of those on my table right now. Which limited editions are your favorites?

From today (October 13) to the 26th, you can visit any/all of the blogs participating in the Lucky 13 Trick-or-Treat Blog Hop and enter to win a great grand prize! Read our thoughts on trick-or-treating, Halloween recipes, our stories, and more! Individual authors are also doing their own giveaways, so there will be many chances to win!

Read all the way through for my giveaway, the Hop links to all the other authors' posts and giveaways, and the overall hop giveaway at the end! The prizes include a Kindle Paperwhite! 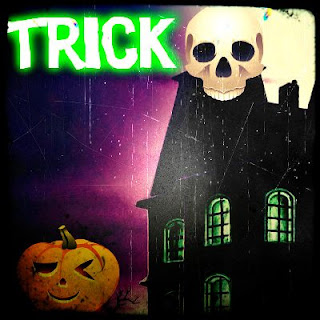 October is my favorite month of the year. Crisp, clear air and lots of sunshine. Wood smoke. Football. And usually, for some reason, a lower level of stress. :) And then, of course, there's Halloween.

I like Halloween. I like the way a neighborhood feels with everyone out and about, exclaiming over the kids' costumes, and I like the candy. I don't like that here in central Pennsylvania, they think it's too dangerous to have trick-or-treating ON the actual holiday, so with rare exceptions (like this year), it's on the Thursday before. Which means last year, I was done with the holiday a whole week before the rest of the world.

But when I was a kid, it was different. We started when it got dark and kept going until we'd exhausted every street in every accessible neighborhood. And I was WAY more into costume planning than I am now.

I remember the year I was a punk rocker with my best friend. My mother teased my hair about a foot and a half off my head and sprayed it with all kinds of glittery spray paint/hair spray. I don't remember what my clothes looked like. There's got to be a photo somewhere...

Another year I was a gypsy. My brother's was better that year, though. He'd broken his foot so he wore jammies and a robe and put a bandage around his head so he could be a complete accident victim. I think he was missing a tooth, too.

We often went with my cousins. One year, my Pink-Panther-obsessed cousin insisted on a PP costume. It was, of course, cheap plastic, and it split up the legs. She was so upset it pretty much ruined the whole night for her. :( But every year that we did this with my cousins or with friends, we came home to warm our hands on hot cocoa and talk about what we'd seen.

And then we'd inventory our candy so our annoying, sneaky little brothers couldn't steal any.

The Road So Far (aka, My Thoughts on Fall TV Premieres)

Regular readers of this blog (for some value of "regular" that equates to my haphazard posting schedule, of course) know I'm a pretty rabid TV fan these days. It's my vital relaxation/revitalization time, but I'm also seeking good writing and good characterization to feed the evolving author in me. And I'm always full of opinions! So let me offer some on the shows so far:

Revenge
This is the show I watch with my boss. I mean, we both watch on our own, and eagerly go to work the next day to discuss. So far, it's hitting me at the same level the first two seasons did. I thought they did a masterful job sweeping away loose ends from last season. In just a few sentences, we have Nolan out of jail, the Initiative gone, and justice served. We also have Charlotte no longer pregnant and alone, though she's pretty lost.

Nolan is still my favorite character. Emily is really pushing the bounds of likability, though they managed to pull her back just in time (barely, and almost). I don't really want the return to season one that they promised, though. It feels redundant and stale to go backwards. I want her to evolve. How about Emily decides the best revenge is helping people at the expense of those she hates, rather than tearing down people who are actually trying to atone for their sins? And maybe building some relationships of her own, instead of destroying them as fledglings.

I don't buy that Aiden is fully on Victoria's side. All he'd have to do is tell her, oh, everything. He went looking for the box, so why hasn't he just SAID that she's really Amanda?

And then there's Jack. Guh. He did and said the only thing he could do in that moment, but I call BS that he doesn't feel anything for Emily. He's right up there with Nolan as my favorite character.

How I Met Your Mother
So far, so good on the season-long one-weekend concept. Not much to say about this show. It's enjoyable, and I'm glad it's finishing up.

Castle
I've seen pictures of Nathan Fillion on set, and while he's already looking great on screen, I think he's going to be looking even better. But let's not be superficial or anything. :) The show's been hit or miss so far. The serious stuff has been great, but the attempts to make Castle be Castle and have some fun with the crime-of-the-week have been, well, weak. I won't say the storyline has failed, because the relationship stuff has also been great, but I just really want the gang back together.

I'm behind on Bones, but can I just say puh-LEEZE put the Pelant crap to rest? And if they make such a huge deal of Cam's identity theft and then just drop it, I'll be very annoyed.

Sleepy Hollow
I had a few reservations before the season started, but I'm really liking this show. Someone posted somewhere about getting Crane some new clothes. NO THANK YOU. I LOVE LOVE LOVE his period clothing. It's washable, geez! There is a high level of creepiness here, but they've definitely put the right focus on the characters and relationships. Irving is very intriguing to me. He's not the skeptical, hard-assed obstacle typically put in that role. So of course I'm suspicious about his motives.

Supernatural
We've only had one episode so far, but my feelings are mostly good. Mostly. I mean, how many times do we have to visit the "lying for your own good" and "carrying secrets as burdens" territory? That said, I thought they motivated it well. Dean isn't choosing to keep this secret, he has compelling reasons for being forced to. I would like to see a storyline for him, which we haven't had to a strong enough degree since he was the first seal. But I thought Jared did a nice job channeling Tamoh, and he seemed excited to have the opportunity to do that.

I can't wait to see what they do with Crowley, and Misha always does fantastic with whatever they give him, good or bad. I liked to think Cas's pleasure drinking the water was Misha's pleasure getting rid of the damned trench coat. :)

S.H.I.E.L.D.
Because my expectations here were so high, they were also pretty low. So far, I'm enjoying the show. I like all the characters/actors and the storylines have been fine so far. Clark Gregg's tweeting adds an extra dimension, though, that might be influencing me. :) There's definitely room for improvement, of course, as the chemistry develops and everyone settles in, and the writers can get deeper into things now that they're past the initial intros and have familiarized us with the world.

Trophy Wife
I would like to like this better. Characters are all fine, acting fine, love the littlest kid. I just think that putting Kate in a helpless, eager position destined to lead to her failure is going to get very old, very fast. I hope they don't make it the focus of the show.

Brooklyn Nine-Nine
I added this to my DVR because it had big buzz and the concept appealed even if some of the actors didn't. It made me laugh some, and I didn't hate anything about it. But it doesn't stick in my brain much. On the bubble for me.

New Girl, Big Bang Theory, Modern Family, Glee, Hawaii 5-0
These are pretty much status quo for me, with Modern Family leading the bunch.

Revolution
Way behind on this one. Only watched the first episode. Whoa at how dark it's gotten, enough to make me laugh at how everyone wondered if they'd have to lighten it up for the 8:00 time slot. The actors don't seem to have missed a beat over the hiatus.

Arrow
I like the new direction here, and the maturing of all the characters. Felicity is probably my favorite female character on TV right now.

The Tomorrow People
I didn't know much about this show except Robbie Amell's relationship to Stephen and that the kids have powers and Lucifer (aka Mark Pellegrino) is the bad guy. It had more nuance than I expected. I'm sufficiently intrigued.

The Michael J. Fox Show and The Crazy Ones
I freely admit I'm watching both of these for the lead. Nostalgia plays a role, as does missing both Michael J. Fox and Robin Williams on TV. The vehicles give them both a chance to do what they do best. Fox has a better chance, IMO, because it has heart and balances the schmaltz with a bit of edge. Williams is the best part of his show, but the established dynamic might be too grating and I just don't like SMG enough.

How are you feeling about your favorite shows this season? Which new ones do you like best?
at 2:11 PM 5 comments:

Next month, the cover of MY Entangled Ignite, A Kiss of Revenge, will be up here! But today, I'm participating in the global cover reveal for the October Ignites. And Entangled is doing a giveaway! Help share the covers and buy links (below) for the September Ignite releases, and you'll be entered to win a $15 gift card.

Click here: a Rafflecopter giveaway to enter the giveaway.

For Love or Vengeance by Caridad Pineiro http://amzn.to/19yhnJb

And now, without further ado, I introduce: 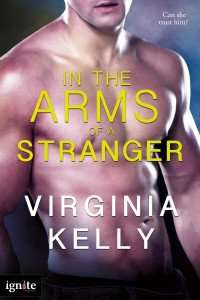 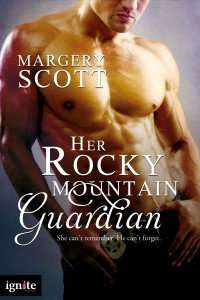 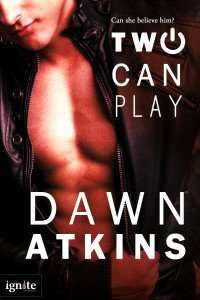 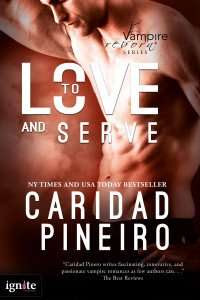 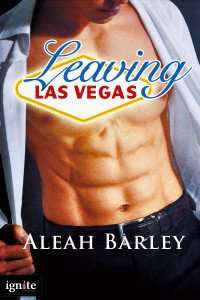