I couldn't come up with a good title that hinted at the content of this post so I just kind of mashed it together. So here's a preview:

Unretouched Photos
I was just reading a short piece in Entertainment Weekly that analyzed all the unsavory reasons "we" clicked on unretouched celebrity photographs and used that for brief commentary on the (mostly) awful state of our society.

I didn't actually click on any, though I kind of heard that they were out there. If I had clicked on them, it wouldn't have been because of resentment of Beyonce (I really couldn't care less about Beyonce—notice how I didn't even add the accents on her name?) or a desire to feel more like Cindy Crawford. If I'd clicked, it would have been pure curiosity about the process. I mean, we talk all the time about how magazine photos are unrealistic, but we haven't had a clue exactly how much of a difference there is. So it would be a "huh, how about that" moment for me and, I suspect, a lot of other people.

Last Man on Earth
I really wanted to like that show. I watched the first two episodes, and for the most part, while I was watching, I enjoyed them. The humor was there, and Will Forte and Kristen Schaal did a great job. But afterward, when it popped into my head, it wasn't the humor or pathos or cinematography or directing or any of the good stuff I thought of. It was how many bugs had to be crawling in that house, and why the hell didn't he just MOVE when it got gross? He's in a big neighborhood of mansions, and it can't be the only one in Tucson, even if he felt compelled to stay there.

Plus, somehow, despite said squalid house being full of enough empty booze containers to have drained the entire city's supply, his local bar remains fully stocked.

And they can't get water because there's no power but he somehow pumps gas?

Okay, those are small logic things and the writers can't be expected to think of ALL of them. I'd give them a pass except for the absolutely ludicrous "we were chosen to save humanity by procreating" storyline. If Phil had pointed out that their kids would have to then procreate with each other, and then those kids with each other, and how horrible that whole idea is, then I'd have been okay. Especially if Carol responded with the very logical hope that there might be other people out there still, they just weren't in the same place at the same time, and they can't just give up. Two simple lines of dialogue and I wouldn't be so squicked out and annoyed.

So when all I can think about after watching a show is the bad stuff, I don't go back. Sorry, LMOE. Good luck to you, because I think you're a fun idea. 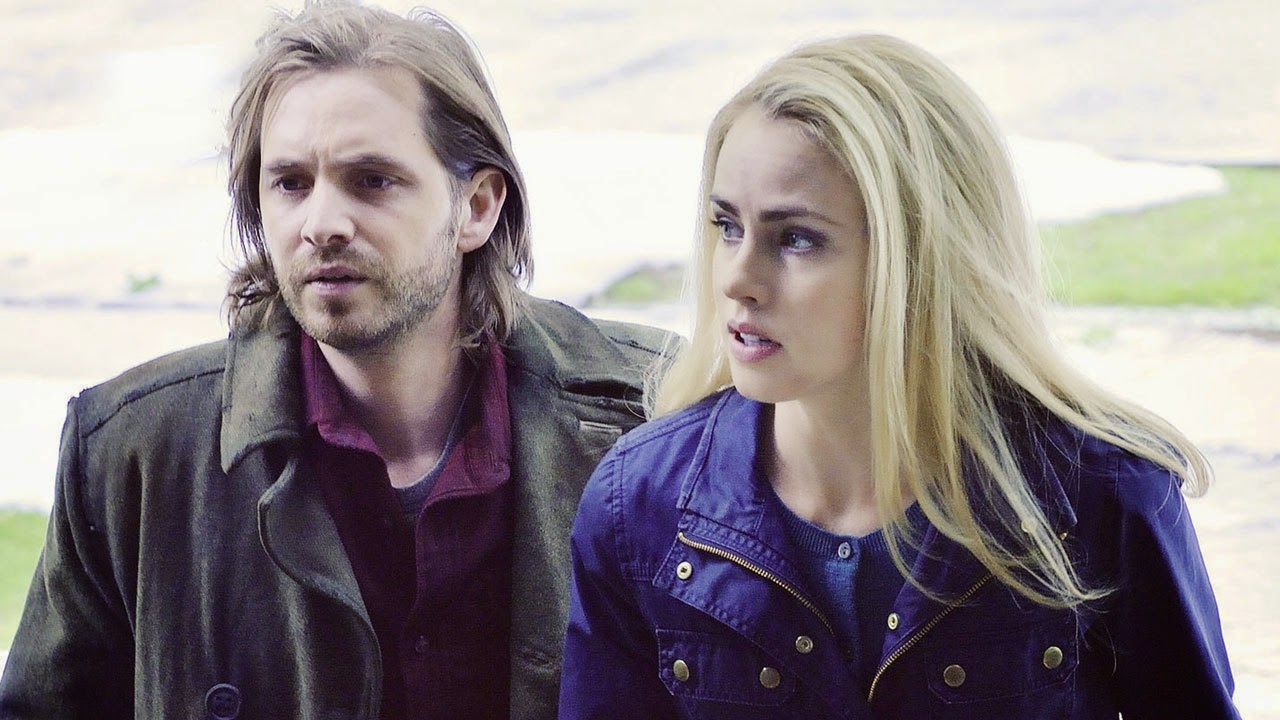 12 Monkeys
This show had the opposite effect on me. I wasn't going to watch it at first, because the movie had no appeal. But then Aaron Stanford changed my mind, and I'm soooo glad! He was my favorite on Nikita, and he's even better on this. There's a lot of tension and chemistry on this show. I love Amanda Schull, too, and Emily Hampshire and Kirk Acevedo. And it's the one show every week I have to watch the instant it's on, and I need the next episode immediately.

I have to admit to being unsettled after the last episode, though. During the first half of the season, everything was kind of straightforward (for a time-traveling suspense show with more than one crazy person). Cole had a simple mission: go back, kill a guy, and save the world. But it didn't work, and things got harder. He got to experience the world he was trying to save. The comforts and conveniences and even more importantly, the humanity. People who had more to do, to care about, than killing for their next meal or a bit of warmth. And Cassie made it personal. Jones might have done some awful things to get to this point, but her goals seemed so noble.

And now... Not only are they less noble (albeit understandable), not only are her methods impossible to justify, but it might not even be true, that anything can be changed at all.

I just can't wait to see what happens next.

The Male Draw
I have this vague guilt that I'm drawn to male celebrities and NFL players for my "social" (non-personal) entertainment. I like a lot of actresses and admire tons of other women in a multitude of roles...but I get notifications on Facebook for Tom Brady (New England Patriots quarterback) and Stephen Amell (actor from Arrow), and I follow Misha Collins, Alan Tudyk, and Nathan Fillion on Twitter instead of Gina Torres, Felicia Day, or Mindy Kaling. My favorite shows might have female characters that I love, but it's the men I really watch for.

I'm such a betrayer of my gender.

But I was thinking about it yesterday, and I think I figured out why. IRL, I'm surrounded by women. Day-to-day, there's my husband and one of my bosses, but I have two daughters and work with a dozen women in my day job. My closest friends are women, and when I get together with other writers, all but one are women. On Facebook, probably 90% of my Friends are women, and the ones who aren't are family.

So it kind of makes sense that I'd be drawn to men in my entertainment, be it football, television, or the social media extension of both. 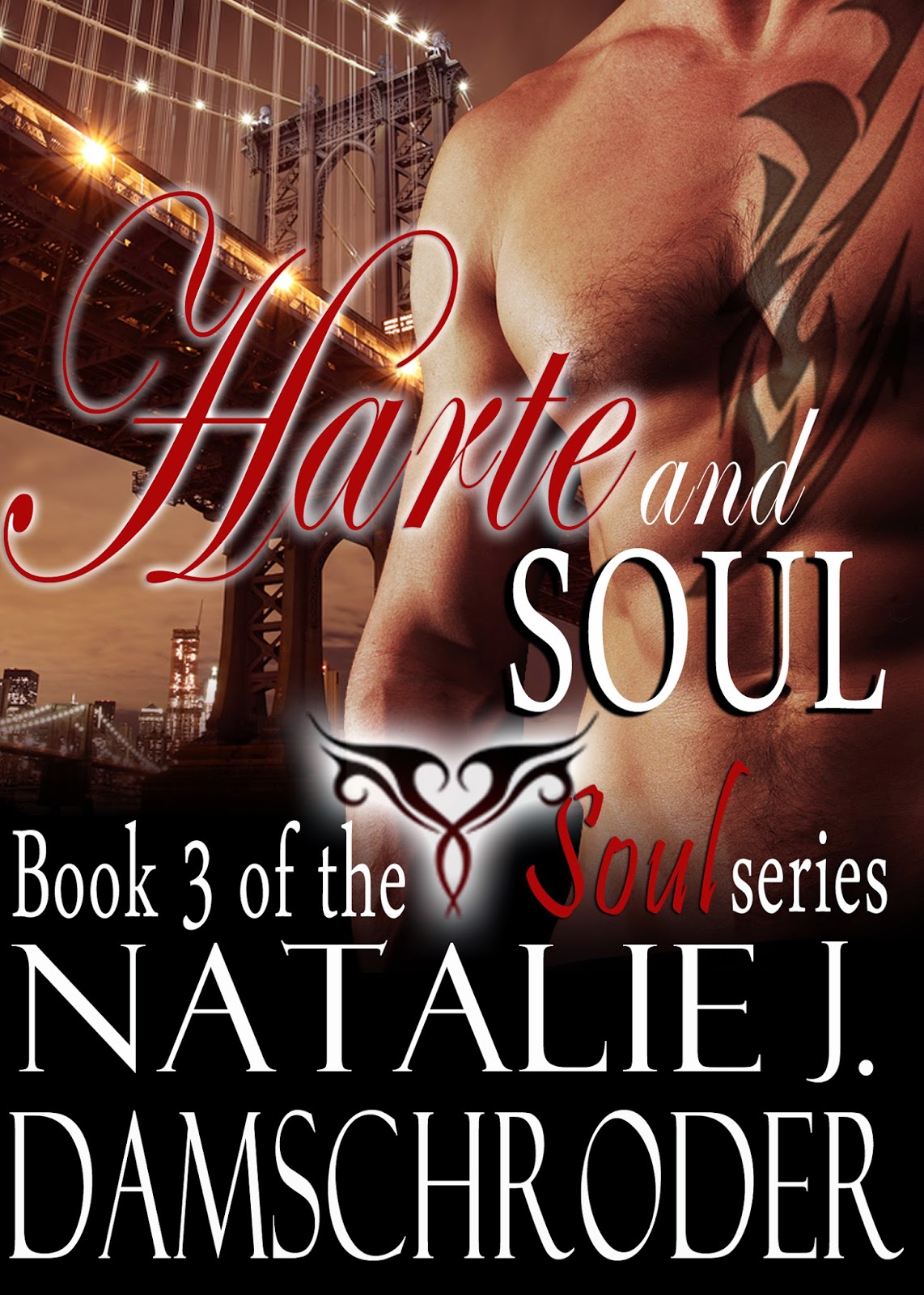 New Releases
I am SOOOOO happy to finally announce the release of the third book in The Soul Series!

Harte and Soul is about Peter Ranger, who some of you might remember from the first book, Soul of the Dragon. (If you didn't read that one, it's free right now!) Peter's all grown up now, a single father who comes under attack. Brooklyne Harte is assigned to investigate, mostly to see if his extraordinary daughter's abilities are powerful enough to make her a target.

Brook never realized how closed off she was until Kiena and Peter burrow into her heart, and she understands how much she's willing to sacrifice to protect them. But when the threat becomes exponentially greater, her relationship with Peter seems doomed no matter what she does.

You can buy this book here:

Right now, you may be all, "Hey! You said free BOOKS, plural!" I'm glad you mentioned it! As I said, Soul of the Dragon is currently free.

You don't have to read that book or the second book in the series, Soulflight (also at a special price) to enjoy Harte and Soul. But if you want to find out how Alexa and Ryc and Samantha and Rock got together before reading about them in Harte and Soul, those books do come first chronologically.

The other free book is actually a collection of micro-stories. Remember when I participated in Tiny Treats—A Holiday Collection back at the end of 2014? Well, we did it again! Introducing Tiny Treats 2—A St. Patrick's Day Collection! These stories are slightly longer, but still readable in short bites, and they all center around the March holiday. The anthology is totally free at all retailers! 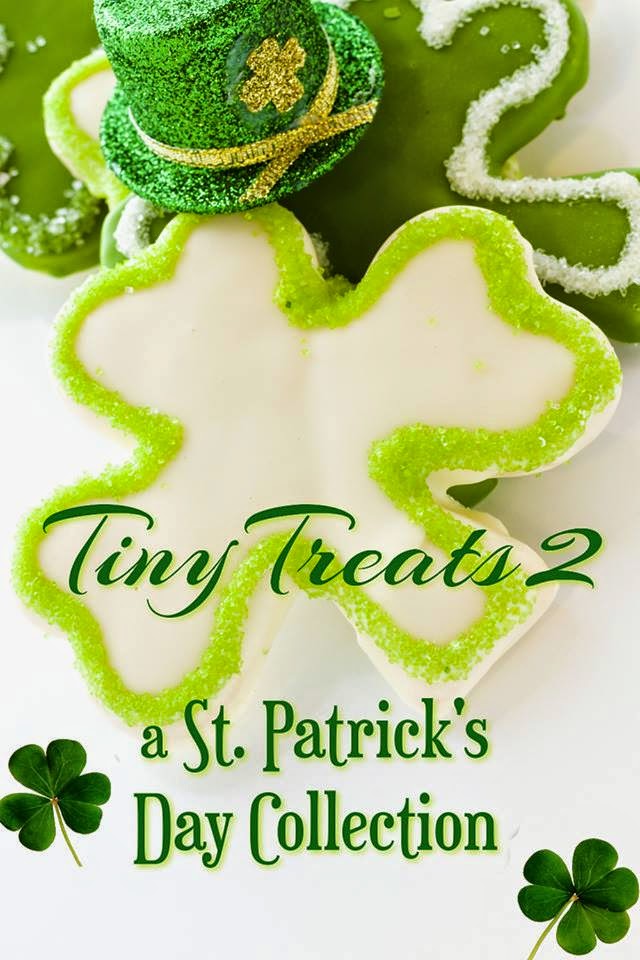