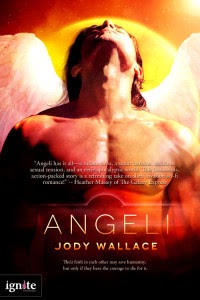 Goal in ANGELI:
To save Terra (Earth) from shades, daemons, and general death and destruction

Why he digs the heroine (Adelita):
She is clever and determined

Why Adelita digs him:
He's willing to die for her people

You can have Gregori TODAY! Buy Links: Amazon, B&N, All Romance eBooks,Kobo

He’s no angel…
Gregori’s last mission is to save Earth from the demons threatening to take control. He doesn’t care if he survives as long as he averts the impending apocalypse—until he meets Adelita, a human refugee, whose spirit and determination give him a renewed reason to fight. And live. He’s falling for her, despite the fact he’s told her nothing but lies and there can’t possibly be a future for them.
Adelita can hardly believe the archangel Gregori, sent to save mankind, has lost his faith and his edge. After he saves her from a demon attack, she vows to help him recover both by any means necessary. But can she keep her own faith when she learns the truth about who and what Gregori really is?
“Angeli has it all—a valiant hero, a smart heroine, delicious sexual tension, and an eerie apocalyptic world. This humorous, action-packed story is a refreshing take on alien invasion sci-fi romance!” – Heather Massey of The Galaxy Express (the internet’s primary site for SFR fiction fans)
“Reminiscent of Linnea Sinclair’s The Down Home Zombie Blues, Angeli is part apocalyptic save-the-world thriller and part science fiction adventure. Set against the majestic backdrop of the West, it’s full of Wallace’s signature wit and quirky, multi-faceted characters. If you like your blasters hot and your heroes hotter, not to mention a heroine who can save the day—and the world—don’t miss Angeli!” – NY Times/USA Today bestselling author Jenna Bennett
“A spicy, clever twist on post-apocalyptic science fiction that gives us pulse-pounding action and heroes worth dying for.” – Natalie Damschroder, author of A Kiss of Revenge
Read an excerpt here.
at 6:42 AM 3 comments: 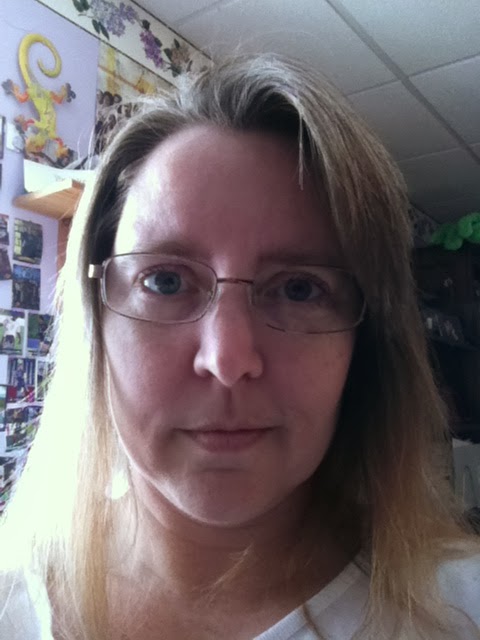 Regular readers of this blog (as regularly [or not] as I post, anyway), might remember that time I got LASIK and was all excited and glowy about my new eyeballs.

It's been 21 months since then, and I just got glasses. *insert sad face*

I'm not being forced to wear glasses, insofar as my vision is perfectly adequate for day to day stuff and I'm legal for driving and everything. But I'm off just enough that the bagillion hours a day I'm on the computer has become a problem, mostly at night.

I was so freaking nearsighted that I was afraid they wouldn't be able to correct it fully. What they do is overcorrect, because during healing it rebounds and hopefully hits the center. Well, I didn't rebound enough, so I'm slightly farsighted. Which would be okay if my left eye hadn't regained or retained a slight bit of astigmatism. Add that I'm getting the "old age" issue where things are now blurry in the few inches right in front of me, and my eyes are fighting pretty hard, without the right tools (as in, youth and elasticity), to see the near mid distance.

So I caved, and I bought glasses. For computer use.

I hate them so freaking much.

First, I mean, look at them. I tried on a dozen pairs in my price range, and none of them looked good. I thought these were the best combination of vision field and "not making me look twice as ugly as I normally do anyway," but they're just way too wide for my face.

That doesn't really matter, as I assured myself and the technician when I bought them, because no one will see me (unless I plaster the pictures on my blog and Facebook, sheesh). They're for computer use. But that's only the most minor reason to hate them.

They're heavy. Oh, not really. The check-out scale at the grocery register would probably squawk at me suspiciously if I tried to bag them. They could probably be mailed for regular postage. But my nose says they're heavy.

Which won't help much, because geez looeez, those frames are intrusive! I think they might sit too far off my face, or maybe just further off my face than my old ones. They're certainly not as round and wide of coverage as my old ones. Which looks better, but my field of vision is so tiny. I glance down at my keyboard and it's 100% below the glasses. No peripheral vision, either, because the frames block it completely. Good thing I had LASIK so I can see around them.

The weird thing is that I put them on for about 78 seconds, and for 20 minutes afterward, I could still see the frames. Freaking annoying!

The good thing—duh—is how clear the computer screen is. Phew. That's the job they're supposed to do, after all. But I took them off and wanted to weep, because the difference was so huge, and I didn't think I'd be able to tolerate NOT wearing them, and that's just not acceptable. I mean, I have two more payments on the LASIK! My eyeballs aren't even mine yet! Luckily, my eyes refocused in a second or two and everything was fine.

But now I have a headache, and I wore them for no more than half an hour, tops. I guess there will be an adjustment period, as there is with anything. But I shall endeavor not to feel sorry for myself after today. 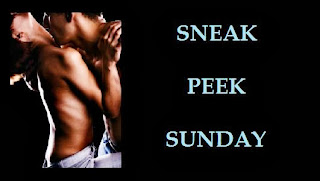 And just in time for the release of Sunroper, which came out last Tuesday. So guess what I'm going to share with you? :)

Go here to link to all the other great excerpts offered this week and every week!

~~~~~~~
Marley wrapped both hands around the mug to absorb the heat. There was only one way to answer that question. “I’m fine.”

He said it with such compassion and lack of judgment that she blinked back tears, tilting her head to stare at the shadowed ceiling as if it had the power to keep the emotion at bay.

It was the perfect summation of everything she’d been analyzing a few minutes ago, and it broke her. She leaned to set the almost-empty mug on the nightstand and covered her face with her hands, suppressed sobs racking her body.

Gage’s fingers wrapped around her upper arms. He pulled her into his lap, settling her effortlessly and cradling her against his chest. He even rocked her. Marley’s sob turned into a giggle, a sound she hadn’t made in years.
~~~~~~~

In case you haven't heard, Under the Moon is only .99 for a few more days (until January 8.) So if you've been waiting to read the trilogy until it was complete, now it is! :) [Note: the sale price is in effect at Amazon, Barnes & Noble, and iTunes.]

Marley Canton is done being a victim. A year and a half has passed since she discovered her ability to nullify power in those who aren’t supposed to have it. She’s now on a quest not only to stop the brats who’ve become addicted to goddess power, but also to find the source of their addiction.
Like Marley, Gage Samargo is tracking down the goddess who went rogue decades ago. Insane with too much power from the sun, she’s selling that energy to Gage’s younger brother and his friends, who are no longer content to come into power naturally. While they work to find a way to neutralize the goddess, Marley discovers that every time she nullifies someone, she takes on some of the goddess’s insanity.
Gage falls for Marley’s sharp wit and intense desire to right wrongs. But once he discovers she’s turning into her enemy, is it too late to back away?
Sunroperby Natalie J. Damschroder
Paranormal Romantic Adventure
Entangled Publishing, December 31, 2013
ISBN 13: 978-1622660490

Preorder:
Amazon
Barnes & Noble
IndieBound
iTunes/iBookstore
Goodreads Page
Reviews:
“I enjoyed Sunroper very much, as Natalie Damschroder has created a wonderful, exciting, non stop action story that was impossible to put down.  But most of all, she has created some wonderful characters.   So much so, that I have to go back now and read the first two books, just to learn more about their heroes, Quinn & Nick, and Riley & Sam.  If you want to read a book that is exciting, action filled, terrific friendships, a wonderful romantic couple, then Sunroper is for you.”—Barb at The Reading Cafe
“Having picked up this series at book 2, I was really eager to get my hands on more from this author. The writing style is great, the pacing is quick, and the story is addictive. This world that these books takes place is really unique and interesting, too.”—Carrie Reads a Lot

Surging Ahead without Resolution(s)

Not that it's starting off any differently than last year. I stayed up until 1:45 a.m. working, and jumped right in today. I had a client website to proof, another client to invoice, new spreadsheets to create for the new year, accounting to log, giveaways to finalize and prep to ship, other promotional stuff to organize... There is NO time to reflect on 2013.

My inbox has 21 e-mails awaiting my attention. I hate that.

If you're supposed to start the new year in the way you want it to unfold, I'm screwed. :)

Seriously, though, I do have to make some changes. Or maybe not change so much as succeed better. I don't make new year's resolutions, because I believe if we need to do something, we should do it no matter when it is. That said, December really kicks my (and everyone else's) ass. There's stress and unhealthy food and no time to exercise. I'm not on deadline, so I haven't written in forever. All of those things need to be started, and coincidentally, they'll be starting in January.

IF I can balance things better. I had more freelance work in December than in the entire previous year. Which is great, but difficult. I need to be more efficient about addressing it and dealing with the millions of little things that suck up my time. And I MUST write. I have three projects I need to get ready for submission, people keep asking me about Hart and Soul, and just for my own sanity, pleasure, and fulfillment, it needs to be a bigger priority.

But balance means rest and fun stuff, too. So as soon as I post this blog (and do that invoice thing...oh, and use that coupon that expires today), I'm taking the rest of the day off. Popcorn and a movie sound pretty good for the afternoon, no? :) Then some reading and maybe TV, and after that I'll get a good night's sleep and get up bright and early (but not 5:00 a.m.) to hit the to-do list.