My boss “wallpapered” our bathroom at work with old sheet music. As I’m a compulsive reader, I can’t help reading the same things over and over again. Some of them drive me nuts.

One is this song called “Slow Joe” by Charlie Harrison and Fred Rose. It says at the top,

This is Slow Joe

Never had a girl in his life

And then the lyrics go:

Slow Joe could nev-er be for-giv-en, The girls all tried

At which point it disappears behind the dresser that serves as our supply cabinet. Leaving me to wonder in what manner Joe is slow, and why that precludes him from having a girl, though apparently they all want him desperately.

Another one is called “Eve Wasn’t Modest Till She Ate that Apple” with a subtitle of “We’ll have to pass the apples again.” This is “Courtesy of Puck,” self-proclaimed “America’s Cleverest Weekly.” I want to rename it America’s Most Sexist Weekly. Or maybe, America’s Most Hypocritical Weekly.

You just HAVE to love the Internet.

So I came over here tonight for a little blatant self-promotion (it's a blog, so I guess that's redundant) and checked the comments. And seem to have been found by a wonderful old friend who asked what I thought of LOST last night.

My first thought when LOST started (after "squeeeeeeeeee, it's on!") was "Well, that hatch is certainly a bit bigger than it was four months ago."

And that's my only complaint.

Another friend is getting really tired of Jack crying in every episode. I love the way he cries. :)

But that's irrelevant. Really, the show was great. I have to admit to being a BIT dismayed that no questions were answered, because Damon Lindelhof said they would be, but the promo for next week said they will THEN, so I'll accept that.

As usual, the show generated tons of questions:

Who is Desmond and how long has he been in that bunker and why is he there? The exercise bike and CRT and dishware and everything make it look like he's been there 30 years, yet he was with Jack in the stadium oh, maybe five years ago. No more than 10, certainly. What was the medication he injected himself with? And what did he do with Kate?

Where is Walt? Was he wet because he escaped? Because he drowned? Because they couldn't get the boat all the way to shore and made him swim in? Why did he say "shhh" to Shannon? What are they doing with him? Why does that dog act so freaky all the time?

Has my obsession diminished? Hell, no! It's back and better than ever before. I subscribed to the magazine, for Pete's sake!

I did, however, manage to avoid heading for The Fuselage. Pat me on the back, I'm maintaining some semblance of a regular life beyond LOST. :) 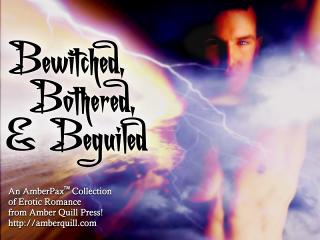 I am very happy about this cover! This is the cover for the upcoming AmberPax that features my story, Elemental Passion, out next month! This is my hottest story yet, I think, and I plan to continue it in the Prying Eyes AmberPax next year. Agent mages, able to manipulate elemental energy to perform magic...then the magic takes control.
at 9:27 PM 2 comments:

Celebrity worship in America is second only to celebrity bashing. We want desperately to be them, with their beauty and their wealth and their perks, yet we hate them because we aren’t.

That’s generally speaking, of course. I don’t worship OR bash celebrities as a group, but I do have specific ones that I simply adore. Here's one more reason to do so.

It’s great when someone you respect and admire lives up to it (and that goes for non-celebrities, too), and it’s even better when it happens unpublicly—note that this article is in the Badger Herald, not People magazine.

No Such Thing as Overlong

I’m getting really tired of critics complaints about movies being too long.

They said that about Pirates of the Caribbean, and I couldn’t see it. I wanted MORE of that movie. They say it about a lot of films I’ve wished didn’t end (though no one could really say Lord of the Rings should have been shorter).

They’re saying it now about Elizabethtown, which is two hours and 13 minutes. I think that’s a good length for a movie that costs $8 to $15 to see, and that’s really the bottom line.

I haven’t seen any movie in the theater that I really could say was too long, unless by too long you mean “should never have been made.” If I don’t like a movie, making it shorter wouldn’t have made a difference. If you cut all the bad parts out of War of the Worlds, you have a 15-minute alien-introduction sequence and nothing else. Making it shorter wouldn’t have given me any better feeling about spending the money.

A lot has been made of the summer box office slump, and the discussion mostly centers on the high price of tickets and concessions and the inconvenience of sitting near talkers and chair-kickers. But making movies shorter will only make those things more important, because we’re getting even less for our money in the place it most counts, up on the screen.

Do a Good Deed, Get a Great Read

September 5, 2005–Until further notice, Echelon Press Publishing, will be sending monthly checks to the Red Cross of America on behalf of those affected by the devastation in Louisiana. Echelon will donate 50% of our proceeds from the sale of EVERY download sold from www.echelonpress.com. We thank you in advance for your support of those who so desperately need our love and aid. Bless you.
at 11:55 AM 1 comment:

It's so easy for me to sit up here in the perfect weather in central PA, going about my daily life, complaining about being tired, posting my silly little blog posts.

It's easy to keep the TV off and not read the paper and ignore the photos and headlines on my Welcome screen because it's too horrifying, and I can't do anything about it besides throw money at it. And while money is needed, it isn't even a bandaid.

When it becomes less easy is when it gets closer to home. I am extremely lucky in that I have no family or close friends in the devastated areas. But as it goes from big picture to details, I find barely two degrees of separation between me and some of those hardest hit.

I dropped my first tears reading this: http://www.larissaione.com/soapbox/

You can find ways to help Larissa and many others here: http://www.romancingtheblog.com/blog/?p=354
at 2:06 PM No comments:

Many of the Blogger blogs I’ve been frequenting have adapted the rather simple Word Verification tool to keep spam from hitting the blog. Someone commented on the coolness of her "word," and that made me look more closely at mine.

I just posted a comment, and my confirmation letters were rjnofabl. It reminds me of my husband’s favorite road game, coming up with words from license plate letters. You just say the first word it makes you think of, even if it doesn’t make complete sense.

Rhino Fable sounds like a cool title to me, though not for any book I’d write. Still, it makes me think this tool for avoiding annoyance and inconvenience can be so much more. Anyone who gets writer’s block can just hop around a whole bunch of blogs, checking out word verifications to stimulate their creativity.

Try it! You never know what might come out of it!