If you like my books, some of the credit goes to Victoria Smith, one of my long-time critique partners. If you haven't read her before and like your paranormal romance creepy and dark, you can now try her FREE before her next book comes out! 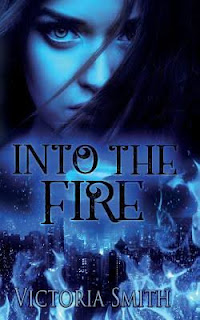 Free digitally May 8 - 12, 2021
In Olivia Sanders’ world, people like her don’t survive very long. Special abilities are a threat to the corrupt government.
Olivia and those with similar abilities struggle to keep their secrets as new laws threaten them daily. Though hiding isn’t enough for Olivia. A healer and firestarter, she works with the resistance to ensure the safety of the people of her sector, toiling in an unforgiving world without freedom or hope with the goal that someday they will find
both.
Poisoned by someone she should never have trusted and betrayed by her godfather, the former governor, who is using disturbing methods to control the population and grow his army, Olivia is forced to seek help from Luke Jamison, the leader of the resistance. They join forces with his brother, Matt, and Jillian Derrick, a hard-as-nails woman leading a band of "undesirables" to safety.
As conditions in the sector deteriorate and the death toll climbs ever higher, Olivia and Luke, along with Jillian and Matt, cling to the miracle of found love while facing the horror of a future without each other. 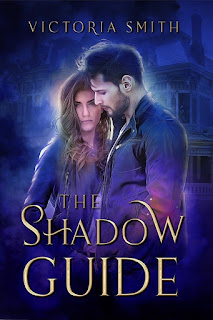 Challenging the Fates, Book One

When evil comes for Alaina, bringing with it a destiny she can’t deny, can love stand against the forces of darkness?

When Alaina inherits her grandmother’s house, she gets far more than just the eccentric woman’s massive knickknack collection. Desperate for help with the increased paranormal activity around her, she calls the one person she thinks can provide it—despite the memory of the night he rejected her.

Patrick doesn’t want to get involved with Alaina and her demonic inheritance. He’s lost enough to the demons already, and so has she. If he refuses, she could be murdered just like her grandmother. Just like his wife and child. And he can’t live with that either.

Together they must find a way to restore the balance of good and evil, while coming to terms with emotions neither of them thinks they want.

Victoria Smith wrote her first romance at the age of nine and hid the story from her brothers to avoid being teased. Her mother recently found the folded notebook paper and, if you're lucky, one day she'll reveal the hero in that story. Now, she writes urban fantasy, paranormal romance, romantic suspense and women's fiction - always with a happy, or at least satisfying, ending.
at 12:30 AM No comments: