In Which I Ramble On (and on and on) about Supernatural 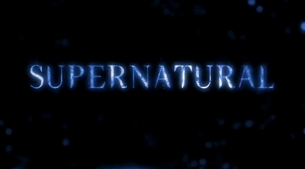 I just read Mo Ryan's review of "You Can't Handle the Truth," and that inspired me to finally(!) post here about Supernatural, despite the boatload of work waiting for me and the fact that my husband is about to arrive home after several days out of town.


Caution: There is a spoiler in this rambling based on the preview shown at the end of the episode.


I posted this week's recap at Supernatural Sisters, and this week, I typed as I watched. This maybe kept me from focusing as intently on the show as I normally would, because the so-called plot problems Ms. Ryan mentions did not at all strike me as such.

More importantly, the preview for next week had such a huge impact on me, I forgot it wasn't actually part of the episode, and it diminished how I felt about the cliffhanger ending. And I'm glad. Normally I would be furious that they revealed such a huge plot point in the seconds-long preview, but I think it was genius.

But let's back up.

Creatively speaking and from a global perspective, I think this season rocks. Some have grumbled about "been there, done that" story elements, but I believe there's been an evolution in those. Yes, they had angel on angel crime in season 4, and the angels wanted the apocalypse in season 5, but full-out civil war is not the same, and it's a natural next step in a world that has been very continuous from season to season. I think generally speaking, everyone has stepped up their game, from the writing to the acting to the cinematography.

That doesn't mean it's perfect, but complaining hard about minor "problems" comes with the territory when you're very invested in a show. So overall, I have no complaints. That said, my passion has definitely matured, just like it would in any relationship that's lasted six years. I'd say that makes me more tolerant, except I've always been a Supernatural apologist. :)

So much to say, no cohesion... Let me take on individual elements:

Castiel
Not enough of him, I agree. And I miss the hilarity that humanity brought to him. But I still love his every appearance, and I'm impressed with the solemnity and distraction Misha has infused. He seems so much more subdued and beaten down by this new war than he did when he was just a soldier—which is how it is for leaders.

Bobby
Every moment Bobby is on screen is magic. In this last episode, his small part "fixed" something that bothered me in the show. I was frustrated that all the truths were so negative. It made sense, once we learned Veritas's goal (to get the person receiving truths to commit suicide, which she took in tribute). But I loved that Bobby didn't seem to have deep, dark, horrible secrets to tell. Disturbing to Dean, yes, but not horrifying.

Lisa
The Ryan review complained about they way the seem to have dismissed Lisa from the show. That's an assumption I won't make yet (that she won't be back), and I think the progression was natural. I loved her strength and willingness to compromise until her son was in danger. Mo Ryan didn't buy that Dean wouldn't tell Lisa about why he'd pushed Ben, but I do. It goes along with Dean's concern that he'd bring the danger to them, no matter what choices he made. It didn't matter why it happened, the end result was the same. And he wouldn't defend himself or try too hard to change her mind, because he's known all along their chance of success was slim. Lisa's line about not bringing her sister back from the dead was excellent, and tears a rift that might be impossible to heal. I think she'll be back eventually, though.

Over at Supernatural Sisters, someone pointed out how Dean never told Lisa he loved her. There were so many moments that were custom made for it, and the romance writer in me wanted him to, but it wouldn't have been in character. Even if he felt something that could be called that, he would never say it. It would leave himself too vulnerable, but more importantly, it would tie her too tightly to him, when he doesn't think that's the best thing for her.

Ben
I have mild disappointment that we haven't seen much of Ben. I'm not sure why that is. He was such a cool kid in "The Kids are Alright." But he is peripheral to the story, more symbolic than anything. And maybe the actor hasn't lived up to his potential? Who knows.

Sam
Here's the spoilery part, in case you didn't watch the preview for next week. Cas tests Sam the way he tested the boy in "The Third Man," and says he has no soul. This answers so much, yet it also opens up tons of new questions. We've called Sam emotionless, but he's not completely. He was frustrated when Cas never answered his calls but came right away when Dean summoned him. His smirks and smugness indicate satisfaction at achieving his goals, at the least, and he's displayed appreciation, anger, and a little bit of pleasure.

Complete absence of emotion is incredibly difficult to present, if not impossible, because storytelling is about emotion. So we observe Sam being pretty casual about Dean offering him the Impala, and other cold moments, but the smirk when he saw Dean get turned is emotion, too. If not having a soul removed emotions, then he wouldn't have any reaction to Dean being turned—not one he could show, anyway, because his reaction would be fact-based instead. Nor can we say the loss of his soul has made him evil or totally conscienceless. Yes, he wanted Dean to be turned, because it could get them into the nest, but his goals are still on the side of good. His goals and intentions are still to fight evil. The difference now is that he doesn't feel compassion or concern or true fear. His intellect is intact, and he knows how he should be, but he doesn't feel it, even when he tries to.

The Campbells
Someone at Supernatural Sisters speculated, and most of us agreed, that the Campbells probably don't have their souls, either. Because they were acting like Sam, that probably made it easier for him to ignore what was wrong with him. The person Samuel was reporting to probably has their souls, and I imagine Samuel knows it, because it would keep him in line, doing the soul-holder's bidding. Why that being wants the alphas of different species is a mystery, but despite removing evil-doers from the world, I don't think their goals are all that altruistic.

~~~~~~
Season 6 isn't what I hoped it would be. I was looking forward to a return to the "old days," with the brothers building a new relationship. We SO haven't gotten that this year. But I've been rewatching the series from the beginning, and just like in real life, my recollection of the "old days" isn't completely accurate. :) There has always been tension between the brothers. There's always been a Big Story underlying the individual episodes. Both have grown over the years, and I think this season's events lead naturally from all that's gone before.

So even though this season isn't what I'd hoped, I'm still loving it. Jensen and Jared (especially Jared) have somehow achieved a new level in their acting. Jensen doesn't really have to stretch, as Dean hasn't changed much, but he's had some very emotionally demanding scenes, much more than he'd usually have at this point in the season. Jared has had to become a whole different character while still being his character. After five seasons of becoming Sam, he seems to have risen wholeheartedly to this challenge. I used to say his acting was putting on the character like a mask or costume—he's finally acting from within.

The only problem with this season's main arc is that Sam being soulless has stripped the brotherly connection, and I miss it. Someone else (again—I know, do I have ANY original thoughts? LOL) pointed out that the banter between brothers is lacking a bit. That's not an accident, of course, because Sam's different. But it has been one-sided for the most part, as has the easy partnership and casual affection (I use that term loosely :) ) they've shared. So I hope it doesn't take forever to rebuild.

Email ThisBlogThis!Share to TwitterShare to FacebookShare to Pinterest
Labels: Supernatural

You are a MUCH better writer than Mo Ryan. I couldn't even get through her review for its amateurishness. Like you, I did not see any plot problems either.

I too am glad for the previews. It prevents us from having to wait an entire week.

Since I didn't have very high hopes for this season, I've been pretty lukewarm about the episodes. In fact, for the first time EVER, I didn't watch a first-run episode until the day after. However, I have to say this was probably the best episode of the season. And actually, the last 3 episodes have been "rewatch worthy," something I couldn't do for the first few shows this year.

I think we were misled by the Comic Con talk that this year would be more like season 1. It's not. I haven't felt any of the brotherly chemistry since the beginning of the season, which is probably why I didn't run to my tv Friday night. I sort of chalked it up to the boys growing up and getting married and stating their own lives. But it's nice to see that it really is part of the show. Makes me have a little more faith in the show.

Thanks for the compliment! It was especially nice since I felt like I was all over the place. :)

I'm so glad you're liking the episodes more. I'm always sad when big fans are disappointed. Do you think you'll want to rewatch the first three with a different viewpoint now that you know it wasn't so much badly done as going somewhere?

As pleased as I've been with their new direction and their execution of it, you're absolutely right, the lack of brotherly chemistry has taken away a lot of the cumpulsion to watch. I was blaming it on being on Friday nights, which is just WEIRD for me. I've been more excited each week, though, and I hope with the revelation it just gets better.

I always love reading your thoughts on SN. You pick up things I didn't notice. I can't wait until next week.